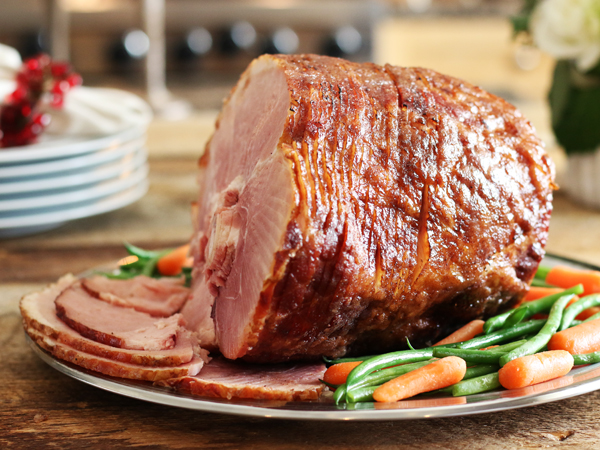 In 1957, when Harry J. Hoenselaar opened the first HoneyBaked Ham store in Detroit, Michigan, like most great companies, he did so because he believed in an idea. An idea that produced what is regarded today as the best tasting ham in the world.

Using the highest quality bone-in smoked ham, Harry created a special curing and cooking procedure, bringing out a one-of-a-kind taste that can only be described as perfection.

With its sweet, crunchy glaze enhancing the flavor of the bone-in smoked ham, Harry’s patented spiral-slicing process made HoneyBaked Ham the easy-to-serve centerpiece, becoming an instant staple at holiday dinners, Easter celebrations and meaningful meals shared and savored by family and friends.

All these years later, the company has stayed within the Hoenselaar family and so has the commitment to make every ham the same way Harry did – one at a time. Along with the unmistakable Honey Baked Ham®, that guarantee of satisfaction has grown to include homemade side dishes, classic roasted turkeys, and save-room-for worthy desserts that meet our strict standards.

We proudly stand behind each and every one of our products and take pride in serving our customers, whether it’s the height of holiday season or just a simple lunch at the cafe.

It’s that commitment to premium quality that lets us say when you serve The Authentic Honey Baked Ham®, it’s always a special occasion.

Ask about our Military Discounts!

Sorry, no records were found. Please adjust your search criteria and try again.